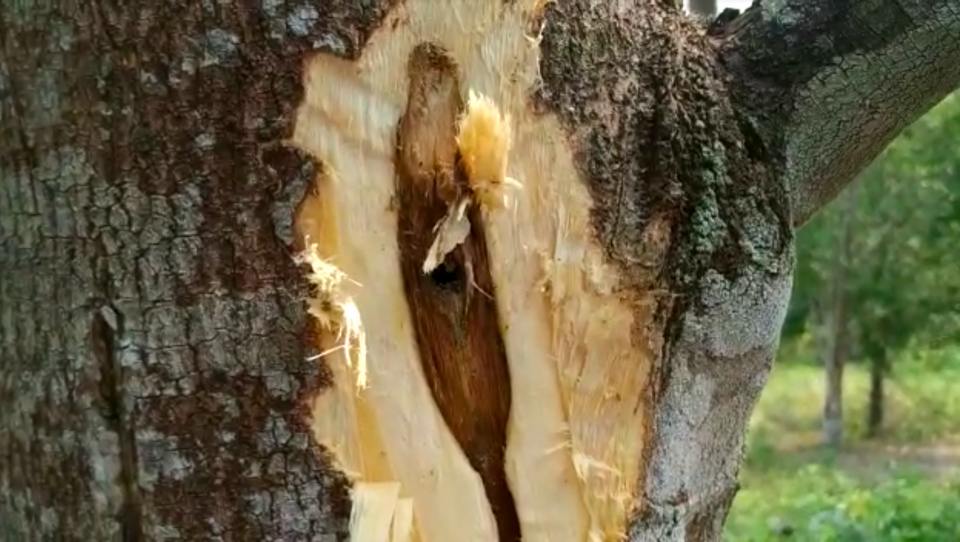 The “Wood of the Gods” has at least 3000 year history in the Europe, Middle East, India, Japan and China. It was believed that only Kings and the very wealthy were able to benefit from its powers. The agarwood trees
existed in the forests of South East Asian for thousands of years. Due to its high value and scarcity, there is a big risk that it will be extinct soon.

The tragedy of the agarwood industry is that the whole of the tree has to be felled to obtain the valuable inner resinous layers. Big trees in the wild are being felled just to obtain a mere one kg or less of the valuable Agarwood chips. Unsustainable Agarwood harvesting in natural forests has resulted in near extinction in many areas of South East Asia.

In view of this, agarwood was initiated into CITES as Appendix 2 classification in 2004.

CITES (the Convention on International Trade in Endangered Species of Wild Fauna and Flora) is an international agreement between governments and one of the largest and oldest conservation and sustainable use agreements in existence. Its aim is to ensure that international trade in specimens of wild animals and plants does not threaten their survival.

In Malaysia, the local authority which controls CITES permit is MTIB (Malaysian Timber Industry Board). CITES certificate is required for both import and export of Agarwood and Agarwood oil. CITES certificates can only be issued to Approved Companies

How is agarwood resin formed?

Agarwood resin is the dark-coloured fragrant resin that embedded in the otherwise pale and soft wood. The production of this oleo-resin, which acts as a biochemical barrier to attacks by fungi, insects, and so forth, is apparently a biological defence mechanism. The exact mechanism is not fully understood, and a number of ecological, physiological, and genetic factors may be involved.

Why are Agarwood resin hotly sought after?

It is naturally formed

Agarwood is formed by the trees as a defense against infection. It cannot be man made. The shape of the resin formation, the smell, the intensity of the resin are all formed naturally. Due to this, many pieces which are aesthetically formed are hotly sought after for its scarcity and natural beauty. Many items can be made from this wood and the value is priceless as it is something that cannot be duplicated. There is only one piece of every piece. Every piece is an art piece.

In many countries, Agarwood trees are associated with spiritual higher power. Men are in awe of the trees’ ability to fight back and survive or even prosper despite the harshness of environment. It is being considered of Tree of God as it will fight back evil spirit and restore harmonious fields. The smell generated from the resin is soothing and woody. It is being used by many religious ceremonies events to enhance the effectiveness.

The natural woody smell of Agarwood resin is soothing and has a calming effect. On top of it, it will last a long time. Therefore, it forms the base note of may high end perfume. It can augment the smell of the heart note and enhance the smell of the top note. The trend of Oudh base perfume, originated from Middle East has been penetrating the wider global market. It is hotly sought after for the premium perfume market.

As Agarwood resin are produced by Agarwood trees as their defense against injuries to the trees. The components of the resin have been scientifically researched worldwide by various research centers. It is proven that the active ingredients in the resin do have anti oxidant, anti bacterial and anti inflammation properties. These properties are useful especially in addressing issues such as regenerative of skin, whitening of skin, improve digestion, joint paint etc.

Have a question for us?

Contact us via our contact form and our consultants will be in touch with you to answer all of your questions.